A dominant Kanturk showing proved all too much for a disappointing Naomh Abán in their opening assignment to the Bon Secours Premier IFC Group C at Millstreet on Saturday.

Kanturk maintained a dominance over the Gaeltacht side having enjoyed a six-point victory at the same stage last season. However, on this occasion, the scoreline tells the tale with seven members of the Walsh clan representing two families leaving an indelible imprint on the proceeding by registering all of Kanturk’s 4-13 tally.

Though the sides traded early points, the outcome was never in doubt, a team of enormous potential, Kanturk look equipped to erase the disappointment of losing the previous two finals to Knocknagree and Newmarket.

The contest flattered to deceive with points swapped by Colin Walsh and Eanna Ó Criodáin in the opening minute. However Kanturk quickly the initiative, four Walsh brothers creating havoc in attack at every opportunity with Alan bagging the opening goal. His brother Ian blasted wide and it took a terrific save by Naomh Abán keeper Finlay Walker to deny Alan.

The initiative remained with Kanturk, Ryan Walsh picked up possession and waltzed through the Naomh Abán rearguard to hit a piledriver to the net. Though the Gaeltacht boys ended a barren 28 run without a score for Donal Ó Ceallaigh to point, Kanturk centre-back Tommy Walsh sauntered up field to match his scoring cousins to allow Kanturk hold a 2-8 to 0-2 advantage at the break.

Naomh Abán did their best to plot a way out of troubled waters yet they found most of the avenues closed off by a tenacious Kanturk rearguard though the O’Ceallaigh brothers and substitute Maidhc Ó Duinnón did clock up points.

Though Kanturk had dropped a gear, they looked by far the more accomplished side, confirmed on Alan Walsh raising his second green flag. With six of the seven Walshs have contributed to the tally, just one remained outstanding, former All-Ireland winner and team captain Aidan got in on the action with a late goal.

Next up for Kanturk is a top-of-the-table meeting against fellow Duhallow side Rockchapel while a Mid-Cork derby involving Naomh Abán and Macroom offers the chance of a rebooting process for both sides.

Prior to throw-in, the attendance observed a minute’s silence in memory of former Naomh Abán player and mentor Diarmuid MacCarthaigh who contributed to club, division and county in a lifelong involvement to Gaelic football. 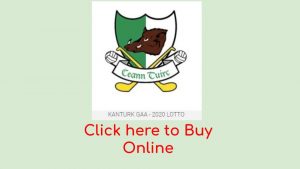